Best experiment outside in marketing
March 3, 2020

In this Blog, Fareed Shakhatreh BluEagle Owner presenting the concept outside in marketing and compare it to inside out beside explanning the meaning of being customer centric.

What is it Out Side In Marketing?

We are living in a fast changing world and customers need change all the time. Old companies are losing in the market share while new start ups rise and take the business to a whole new level, reason is outside in perspective. Old companies are not any more engaged with customer needs, they are not interested in solving their problems. They are just focusing on selling their services whether customer values it or not. World has evolved and developed and new technology has risen to solve new problems, but old companies are not interested to utilize from new development. Many companies have old bosses who do not want to listen to customer’s needs; they just want to sell what they are good at.  Outside in perspective focuses on customer by figuring out real customer’s pain and how you can solve it. It focuses how to improve customer experience, what customer thinks about our product or service, what customer values the most. How can we change customer experience, what can we do for the customer to make him buy more from us, what new products or services we need to create or learn so we can offer new solution? Stop focusing just on what you are good at and create new products or services. Adapt quickly and fast, stay engaged with latest trends. Quality of service and products are measured based on customer’s standards, not companie’s standards. Outside in concept have been all the time but the term has been evolved to focus on the meaning behind it.

MacDonald’s experiment in outside in and inside out

One example of outside in are MacDonald brothers. 1940 MacDonald brothers had an ordinary restaurant that served different types of food and drinks with 27 items in the menu to choose from. MacDonald, the first founder, tried to study what customer values the most over everything. He found out it is time, short delivery time. Customers are busy and want to eat fast and go back to work. Most customers had to wait minimum half an hour to get their order and many times the customer received wrong order because of rush and a lot of customer at the same time. Kitchen was full of mess and stress. MacDonald, he thought, if he can come out with a system that can solve the delivery time, and then he is going to take business to a complete new level. He checked out what customer ordered the most and he found out it is burger, fried potatoes and milk shake. 87% of sales and revenues came from these 3 items. He decided to sell just these 3 items, nothing more and customers who want to eat fast they can come to his restaurant. Then the next question was how he can shorten the delivery time to be less than 5 minutes at least. MacDonald brothers started to figure out how they can create fast system which they later called speedy system. They got one meal ready in 30 seconds which was a revolutionary system in food industry while traditionally one meal took 30 minutes. The whole system had been designed to solve customer’s main problem which was time and fast food. Also they eliminated trays, dishes, forks and knifes and they delivered the food in disposable paper bags which reduced many elements that required space, time to clean and to maintain because of broken dishes which lead to high over head operation costs. Customer loved the system because it was quick, handy and easy. Just pick up your meal with less than 30 seconds, eat it where ever you want and through the paper to the trash. No need to return back the tray anymore.

In the process of MacDonald revolutionary system came out the inside out concept also which is self service concept. In  order to customer to get his order he needed to get out from his car and to stand in the line to pick up his order from the window which customer did not like and witch was something new customer was not used to. Customer was used that waitress came to his car to take the order and then to take the tray when customer was done. This learning curve almost jeopardized the whole new system because every change came with a price. The price here was to sacrifice customer service to be self service delivery. In the beginning customer resisted the change and wanted customer service and was not able to understand that by sacrificing customer service, he got fast food. MacDonald decided to solve this problem by creating an entertainment show in front of restaurant so customer got out from the car and began to celebrate. Then they bought from the window. The entertainment show created a community and a place where people liked to meet, to spend nice time and to eat and that was the marketing part. These shows and events spread and created mouth of word everywhere. They created traffic in front of the restaurant by changing customer behavior and accepting the new business model (Hancock, 2016).

Customer values change during the time for example people recently value more healthy food. They go often to gym and want to be in shape. The awareness of health has increased recently because of frequent study and research about health damage, obesity, diabetes and cancer which is related to fast food. People have to eat more salad, fresh food without additives and to avoid fast food at all cost. Customer behavior and trends change all the time and smart business should adapt according to customer behavior which affects to their choices. Going back again to MacDonald, but this time in 2002, when MacDonald sales and market share dropped due to the change of customer awareness regarding health. According to the author George Day, the writer of the book Strategy from the outside in, I disagree, when he mentions in his book that MacDonald market share dropped due to the bad customer service and bad food, and because MacDonald just focused on leveraging their strong brand and the efficiency of their system, rather than fixing their customer service and customer rating. In my opinion MacDonald food is delicious no doubt about that and customer service is good and fast. But the reason why customers stopped eating is because of health issues, not because of bad customer service. Customer service can be bad in one branch or two, but not in all of them. When in 2004 new management team came to fix the problem they started to study customer behavior from outside in perspective and they noticed that many mothers came with their child for a hamburger for the child but mothers didn’t buy anything. The new management team realized that adults avoided eating hamburgers due to fat percentage. They decided to add to the menu salad with low carbs and fat. Then child and parent had something to eat and the whole sale and revenue started to rise again. That was smart adapting from outside in perspective, solving the problem and giving customer what he valued the most
(Day, July 23, 2010).

Figuring out customer’s unspoken needs. Addressing three the most  pressing needs that solve customer’s main problems that even customer does not realize, tune the product to fit customer needs, not what you think is good for a customer. The person setting next to you does not necessarily value, appreciate and enjoy same thing as you. People are different with different perspectives and passion. Targeting in business is one part and tuning product or service is the second part. Eliminating extra values that customer does not need is essential part of outside in. Many companies want to sell premium product with high quality and extra options while customer does not need that extra function. 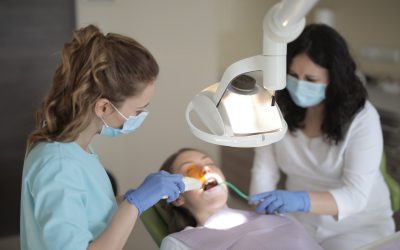 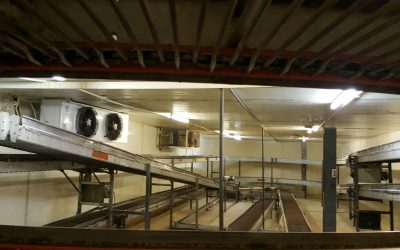 In this interview, BluEagle Owner Fareed Shakhatreh presenting why you need industrial bakery consultant to help move fast in your project. DOWNLOADABLE RESOURCESMost industrial bakeries and frozen food industries spend more than one year to make... 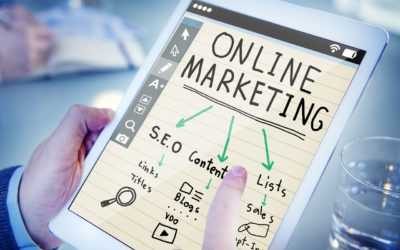 Why you need digital marketing?

In this Article: BluEagle owner Fareed Shakhatreh is going to write about the importance of digital marketing and the danger of ignoring applying it. Download ArticleWhy you need digital marketing?Marketing is the strategy that determine company...

Type your email, so you can have full access to our private offers